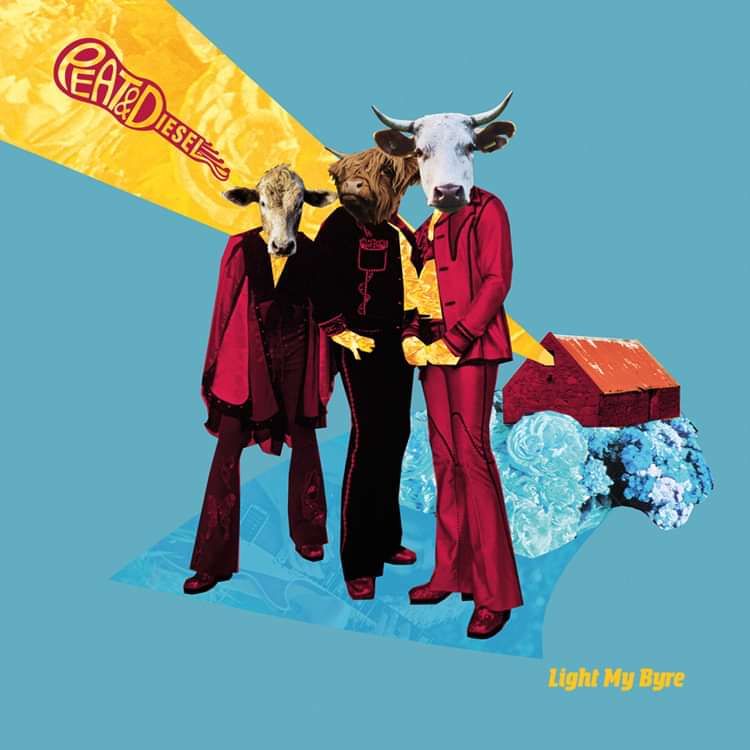 
Entry Requirements: 14+ Under16s with a parent/guardian 18+

The story began when three Stornoway Cove’s (Innes, Uilly and Boydie) met up in the house to have the craic on a Saturday nights playing music with just the Dog and the Cat watching. After a few tunes getting thrown across the room Boydie stated muttering a few sentences. As he is a man of few words not attention was really given to him until he shouted ‘Quick, line me out!’ Not a second to spare a set of old broken headphones were cable tied to a guitar amp and out came a few cobwebs followed shortly after with a sound nobody had ever heard before. What came next was five gallons of lyrics, Verse after verse, Song after song – PEAT & DIESEL WAS BORN! The songs won’t make much sense to the average person, but the person behind the lyrics isn’t your average man so if you have a listen and you can relate to it you are a special breed! Peat & Diesel - Light my Byre takes you on a journey to the heart of the Western Isles, where #peatlemania was born. You might have time for a brandy in the ‘Airidh’ but don’t miss your ride in Calum Dan’s Transit Van, we ain’t stopping till we lose the water!