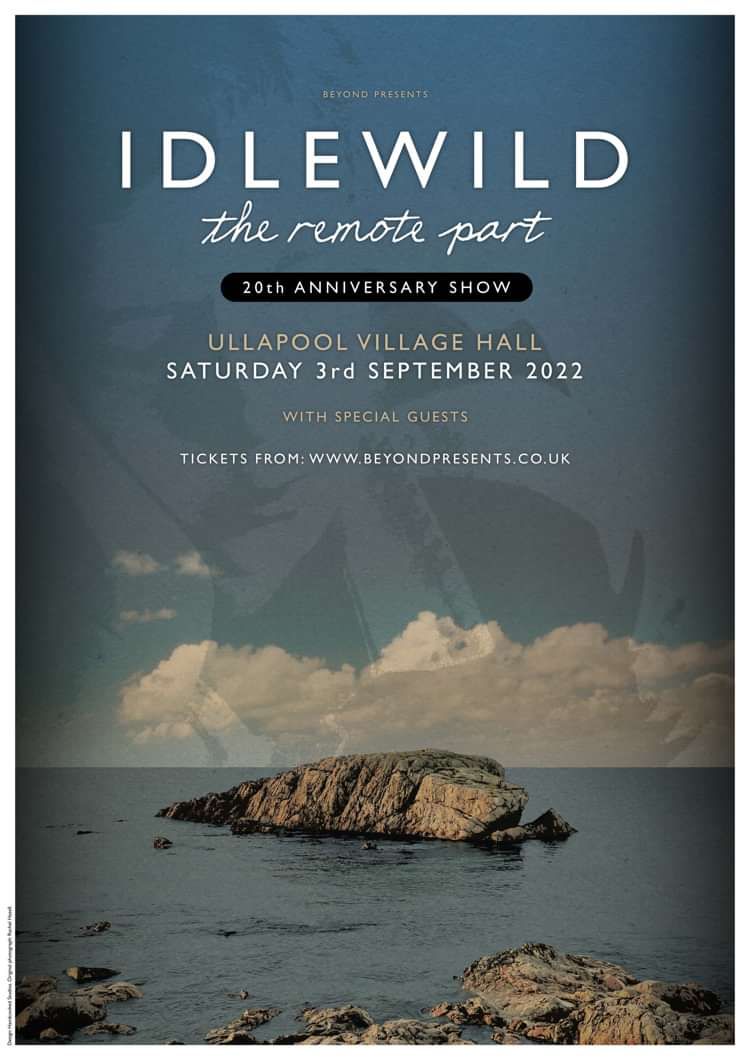 In 1999 Idlewild played our first tour of the highlands & islands. We were promoting the single ‘Little Discourage’ and were keen to play all over Scotland, not just in the main cities. Our concert at the Seaforth in Ullapool was memorable in many ways, but particularly as it was where we first met Robert Hicks, who was promoting the show. Robert became a friend to the band, and when we were looking to find a cottage in the highlands to write songs in a few years later he found us a place in Inchnadamph in Sutherland, just north of Ullapool. We would write the majority of what become our most successful album ‘The Remote Part’ in that cottage in Inchnadamph. It’s a record that explores themes of identity, finding your own place in the world and your context within it. The wide open landscapes that surrounded us in Inchnadamph, and sense of space offered by Sutherland had a huge influence on these ideas and the music we were making. It had an impact on who were as individuals and what we were as a band. The environment gave the music its meaning. Numerous, memorable concerts in Ullapool and surrounding Highland & Island regions have followed over the years, but it’s feels especially poignant return to celebrate the 20th anniversary of ‘The Remote Part’ and play the album in full as close as we can to where all the ideas and songs came to life. Saturday 3rd September we will do that, with some special guests, at the village hall in Ullapool - and the show is once again promoted by Robert!