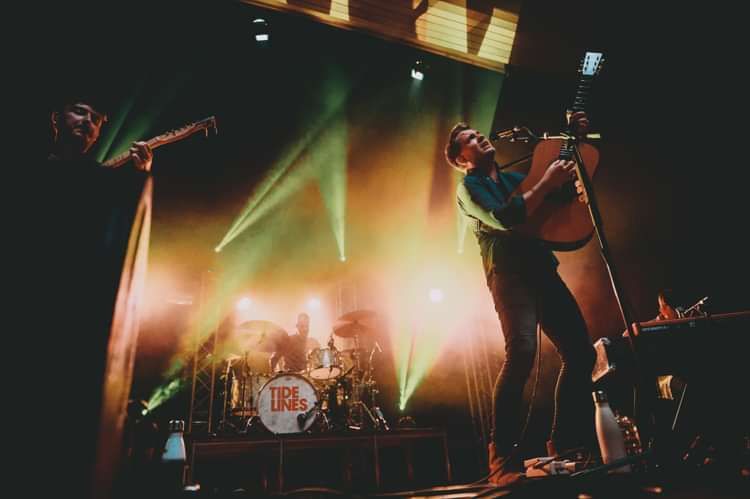 Tide Lines formed in Glasgow in 2016 but are deeply rooted in rural Scotland. The band have built a large & passionate fanbase through blistering live shows and anthemic songs. They headline shows all over the country and have also played to hundreds of thousands at various music festivals. They recently toured the UK with sell out shows including Glasgow, Newcastle, Leeds, Manchester, Bristol, Cardiff and London.

Their last Glasgow show was on 12th March at the 2,500 capacity O2 Academy which sold out the same day it went on sale. This was the band’s biggest headline show to date.

Their last album, Eye of the Storm, charted at 12 in the Official UK Album Charts during lockdown narrowly missing the top 10.