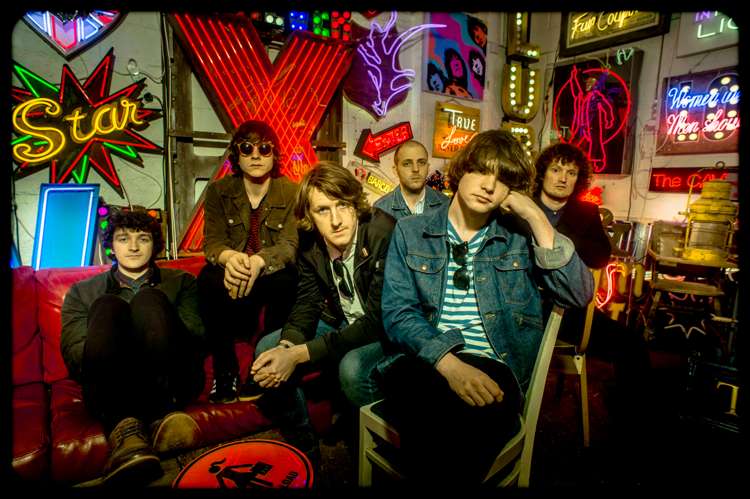 
Entry Requirements: 14+ under 18's to be accompanied by an adult

That the world is blessed with the swirling, melodic rock of ‘Britain’s most northerly band’ is some kind of miracle. Standing on the tip of the nation, three quarters of your vision is taken up by the epic expanse of water that, though pock marked by quaint archipelagos in the distance, only ends the Arctic Circle. Behind you, the rest of the country unfurls, but it’s a long way to Glasgow, Manchester or London. Here, in John O’Groats, six, stranded kindred spirits found each other and transcended geography and the odds to build record collections, amass musical instruments and, finally, win favour in those distant towns and cities with their own set of intricately crafted songs.

Without the songs, what becomes of a band? It’s the start and end point for Neon Waltz, gathering influences from rain-soaked indie to Californian sunshine-flecked psychedelia amidst picturesque isolation, before converting the inspiration they have found into breathlessly crystalline, chiming, guitar-forward pop. Expansive choruses accompanied by fairground keyboards ring from a remote, semi-derelict house in a place where nobody will ever find them, but their ambition and gift for melody is a secret that even the windswept, castle-strewn highlands couldn’t keep.

Signed to Ignition Records, singles including the sky-scraping perfection of ‘Dreamers’ and ‘Perfect Frame’ (“grandiose gorgeousness” – DIY Magazine) have set expectations high amongst fans waiting in anticipation for their debut album, due for release in summer 2017. Extensive touring, including headline trips that have spanned more than 1,400 miles each time – the same as driving from London to Lisbon – and support dates with The Coral and Noel Gallagher, have honed the band’s live sound and drawn out a sense of visible self-assurance and stage craft in the erudite six-piece.

Recorded at almost the furthest possible point from home without taking a boat or plane, it was a studio in Eastbourne, Sussex that Neon Waltz settled on for their album sessions in the company of producers Mikey Rowe and Andy Britton. Lyrics carefully placed within Neon Waltz’ wall of sound evoke the freedom and fury in the world that surrounds them, the ideals of youth, expansive ideas of small town romantics and the lifeline brought to all of us through simple, yet often elusive, hope. Staring out to sea, Neon Waltz has far more than hope stretching out before them. What they see in the unending vastness is the entire world waiting. 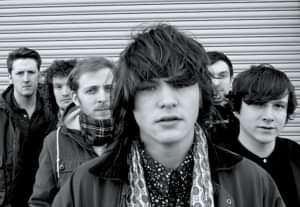