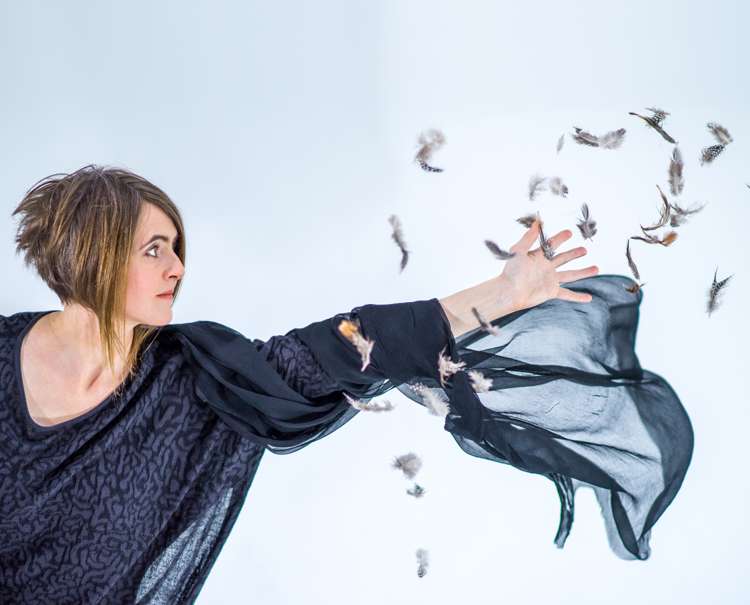 
Entry Requirements: 14+ under 18s with an adult

Multi-award winning songwriter and musician, theatre maker and published writer Karine Polwart – six-time winner at the BBC Radio 2 Folk Awards, including 2018 Folk Singer of The Year – released new album, Laws of Motion, in October 2018 via Hudson Records. Named Folk Album of the Year in Mojo, the album received reviews from Observer, Uncut, Songlines, The FT, The Times, The i and Metro to name a few.

Polwart’s seventh release, Laws of Motion is the follow-up to 2017’s much-praised A Pocket of Wind Resistance, which earned Karine & co-writer Pippa Murphy a New Music Scotland Award for its innovative blend of folk music, spoken word & sound design, alongside a nomination for the Radio 2 Folk Album of The Year.

The new album – recorded alongside long-term collaborators Inge Thomson (accordion) and brother Steven Polwart (guitars) –is the latest in an evolving series of collaborative projects across which Polwart has combined music & storytelling with politics & environmental-societal issues.

"The music is dazzlingly inventive, swooping, soaring and turning abruptly on a sixpence from discord to sweet lullaby" Songlines