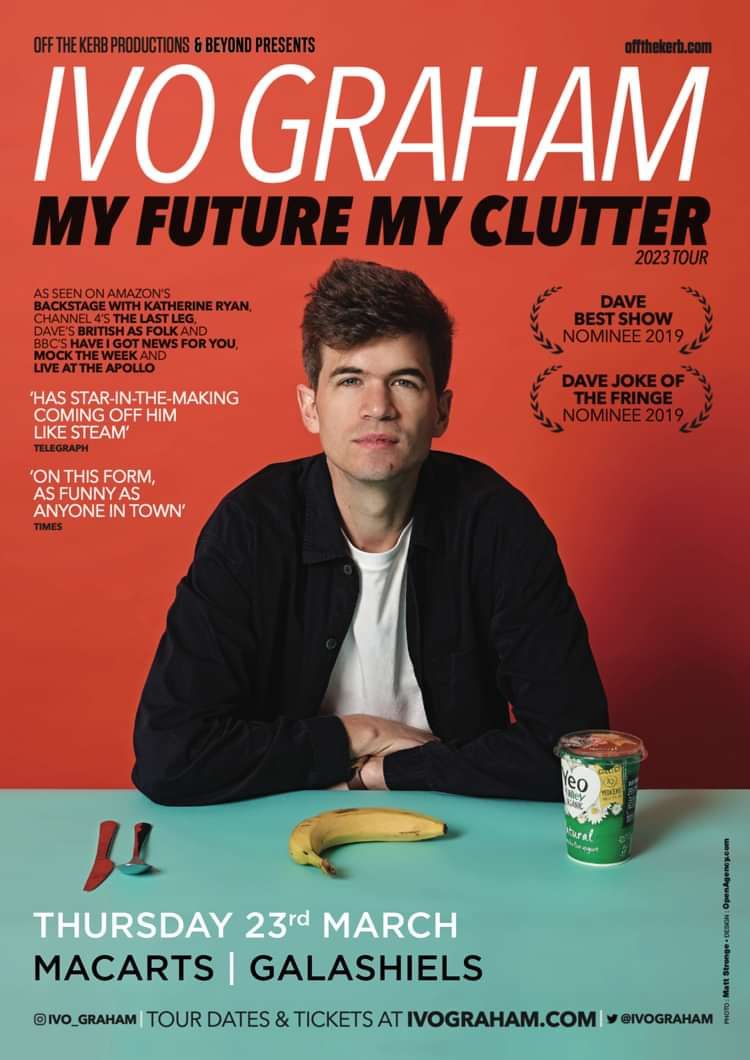 Ivo Graham: My Future My Clutter

Bumbling wordsmith and tripe factory returns to discuss three years of heavy-duty pranking/parenting/procrastinating since Dave’s 2019 nominations for Best Comedy Show and Joke of the Fringe ("I've got an Eton College advent calendar, where all the doors are opened by my father's contacts"). As seen/heard on Mock The Week, Live At The Apollo, Have I Got News For You, British As Folk, and fondue-set winner on Richard Osman's House of Games.

"A hugely enjoyable hour of stand-up comedy" (The Times)